Everybody loves food. I do confess that food is not on the top of my list when I travel. I just want sustenance in order to do and see all I can.

I have to say that I did enjoy eating in Scotland. Since we stayed with family, some of our meals were fixed at home or packed up and brought with us. I was delighted. The home cooked meals consisted of leftover Christmas turkey turned into meat pie with puff pastry for the topping. YUM.

We had creamy porridge (oatmeal) for breakfast some mornings. Toast made from the incredible hard crusty loaves that are found unwrapped in grocery stores. Oh the bread is to die for.

Lunches were salami, pepperoni, cheese and rocket sandwiches. Rocket is what we call arugula. There is a description on the bag of its peppery flavor. My husband only ate it once because he swore it had too much peppery flavor for his liking. My son and I just looked at each other before we both insisted it was exactly like the US arugula and that the advertising worked into his head. Anyway, all those ingredients set inside a soft Scottish bun and maybe even a smidgeon of brown sauce or ….. Scottish bun with brown sauce and bacon! Yes, please.

Dinners at home, made by my son, also consisted of curried rice and smoked salmon. And take away gyros or kabobs as they like to call them. So savory and delicious.

Not to mention the shortbread and ginger nut biscuits (cookies). And did I mention puff pastry? It is in abundance in the UK and so much cheaper than in the States! Good grief.

And the Scottish soda they fondly call,  Irn-Bru 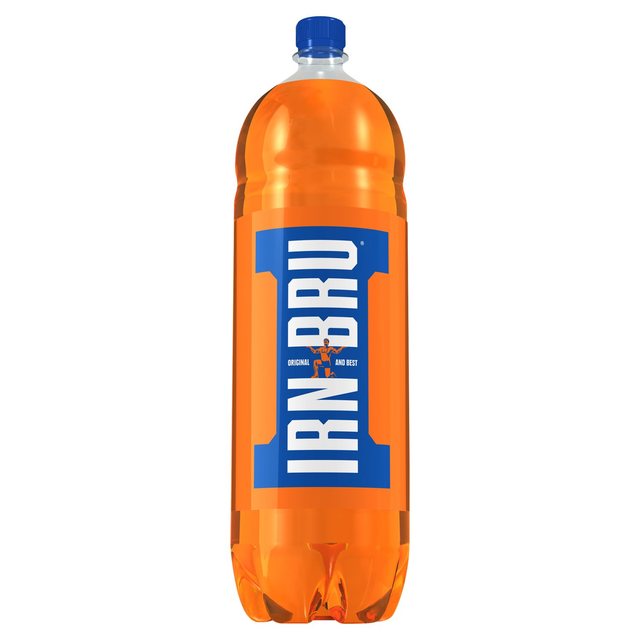 Now let’s talk scones. I’m not a fan of dried or candied fruit. I actually gag at most raisins. I can tolerate raisins in oatmeal cookies or granola but cannot stand them plumped up and cooked.

Anyway, it is hard to find scones in Scotland with zero raisins, currants or peel of some sort. But they are cut up very small so I bucked up and ate them. Of course the fact that they bring you a large bowl of fresh, real whipped cream and a bowl of jam to slather all over them really helped. A lot. 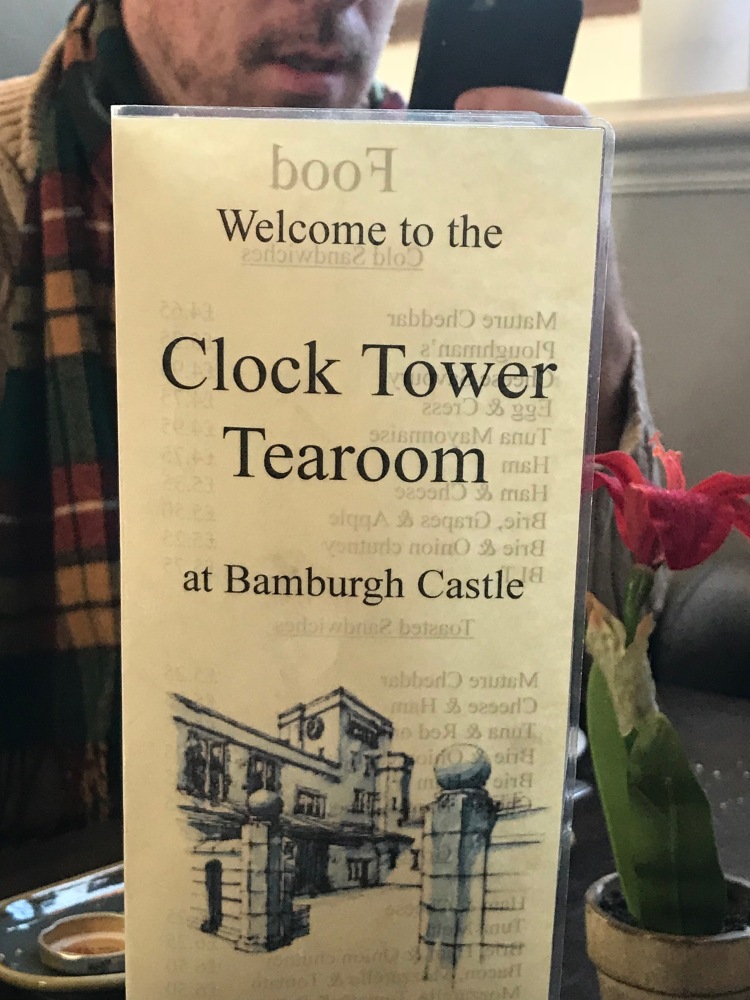 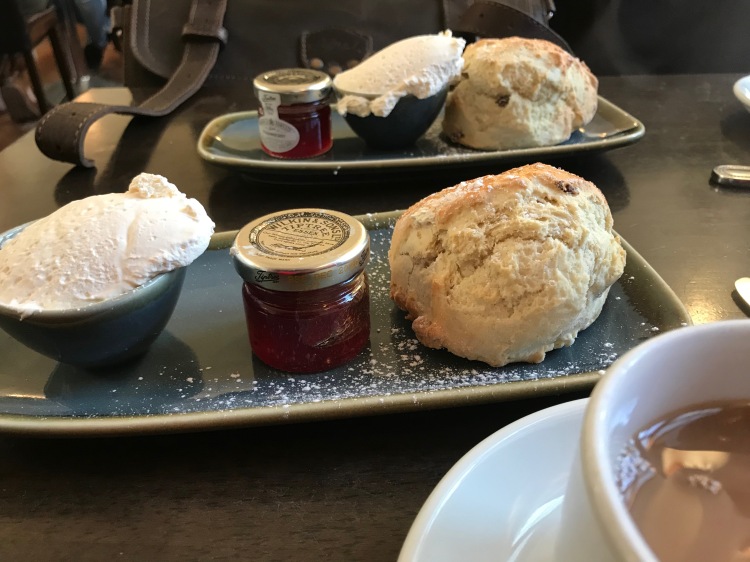 Now, about hose raisins. My son gave me the heads up before flying out there. He warned me several times about raisins being in many things. Like Plum pudding – raisins galore. So when they insisted we try Christmas Pudding, we were fair warned. And I already knew that what those UK people call pudding is not what we call pudding. Sometimes I think we left the UK and came to America to be free from puds and raisins!

Anyway, I could not do the Christmas Pudding. It smelled great. It looked great. But I just couldn’t. I tried to eat the “cake” part around the raisins but that proved impossible. I have to say the brandy cream poured all over it was good and warm.

So not to go on and on with my words…. Let me give you a gallery of great foods…. Enjoy!

But last of all I want to show you the Pasties we ate on our last day in Edinburgh. Those who watch the Great British Baking Show will know the term “Pasty” – well they are just as you would imagine! Deliciously wonderful! I am a fulfilled woman. Pastry filled with a delicious beef stew, of sorts. Wow. 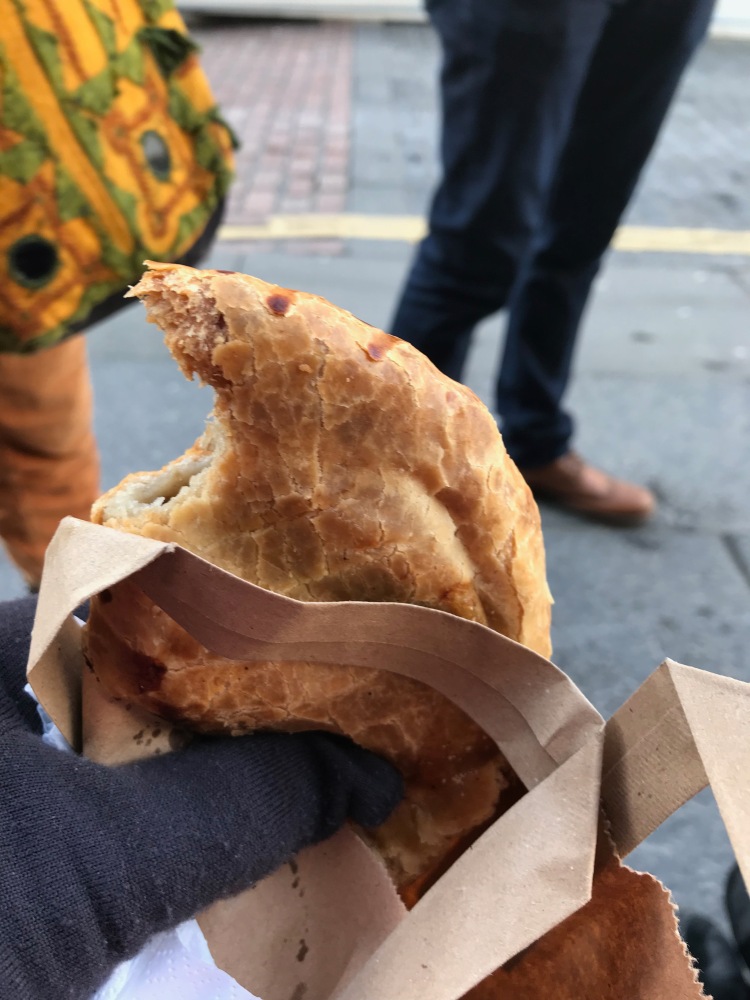 See you later for more of My Scottish Journey.

Published by Cate B

I'm a writer/blogger. I am in love with Creation and especially THE Creator. He is my best friend. I love to write and I love to bake – especially pie – and I love to crochet – among other creative things…….. I am passionate about the potential I see in others…….. I want to help them get there. View more posts