The title I came up with for this post is, well, I don’t know what it is. I was inspired by this image:

Whatever it is or has been…. so be it. I have no excuse for not posting. None. Zero. Zip.

I guess these words are me, sitting at my keyboard bleeding. A rather small cut or scrape this time but definitely blood.

And there you have it. I have now cleaned the wound of silence and bandaged it up until the next post when I will, hopefully, bleed out a little more.

Have a great day! Enjoy!

I love the word wordsmith.  There are some words in the english language that I just enjoy saying and wordsmith is one of them.

I never thought I was one until I read the Merriam-Webster Dictionary definition:

This word was first used in 1873 – a little word trivia for you.
A person who works with words…… I do that.
A skillful writer…….well, I like to think so.
Now that I’ve had a major transformation of my schedule and what I do in life I hope to become a better and more frequent…….. wait for it……… Wordsmith.
That just rolled off my tongue and through my fingers to you.
Have a great and wonder New Year Dear Readers!

There are about nineteen days left in 2016. I never make New Year resolutions, but I do always look forward to what may be in store for us/me in the upcoming new year.

My future at this point is rather swelling with anticipation. Last Thursday was the last day of my son’s semester at University and that marked the last day of me caring for my three year old grand daughter. I have watched her pretty much full-time for the last three years and her sister, now in kindergarten, since shortly after she was born.

I have mixed emotions. More on the side of taking the dreams off the proverbial shelf and dusting them, throwing away some, creating new ones, OR curling up on the couch and watching NETFLIX for a while……. a long while.

I do love changes. They actually wake me up and make me feel more alive. But know, Dear Reader, that I am extremely human (as opposed to being simply human ??) and I am terrified of what I am to do.

I see this change in life as another adjustment. As a loss in some ways. The girls are only just over an hour up the road. I have already FaceTimed them twice. But I shall let this minor grieving time have it’s way in me and I know that I will see my future, my new roads and dreams more clearly as the days go by 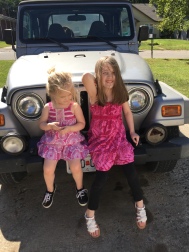 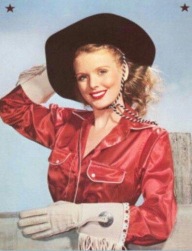 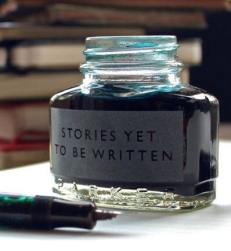 Have a Great Holiday Season!

I came across this wonderful writer. Please enjoy this post by Sean Dietrich. An inspiration to me and I hope to you.

*please note this is copied from his website. I did not write or change anything.

I love the sun. Any time of day, but especially morning. I also like paper plates—the flimsy kind that aren’t stiff enough to hold a spoonful of potato salad. And barbecues. I like conversations at barbecues. Folks hardly ever talk about work, or bills. But about kids, sports, and how crazy Uncle John is.

I’m crazy about pencils, rickety screen doors, old folks, quiet folks, loud folks, zinnias, and mobile homes. I like the sound of wind blowing through the woods—like the earth exhaling.

I once spent an entire summer in Georgia with relatives who drank decaf. Worst summer of my life. I didn’t have the personality God gave a houseplant.

And, I like yellow. As a boy, I preferred blue. But someone told me blue was depressing. So, I tried to like yellow. After several years, I can’t get enough of it.

I like George Jones, Steel Magnolias, Delta Burke, and stories told by people with white hair. Girls who wear hunting boots. And boys who say, “Yes ma’am,” to girls their own age.

I once knew a pastor of a microscopic Baptist congregation—a factory-worker by day. He wouldn’t accept a church paycheck. I remember one of his Wednesday services. After churchgoers passed the plate, his wife counted the money in the rear pew. mostly fives and tens. Then, she handed all the cash to a young mother with three children.

I like standing ovations. Like the time an auditorium applauded a seventy-six-year-old school janitor about to retire. His name was Brill. You should’ve seen old Brill’s face. He never knew it was coming.

I guess what I’m trying to say is: right now, the entire universe is only a few seconds away from bursting into applause. It’s going to be an explosion so brilliant it buckles your knees. And you’ll have to squint to keep from going blind.

And such intense events make you think. About hope. About how lucky we are to have things like dogs, magnolia trees, paper plates, and summer. And it humbles you.

And then you’ll realize: life is really something. God—who already knows this—busts the universe wide open just to prove this to you. He does it once every day.

If you don’t believe the goodness I’m telling you about is true, do yourself a favor:

And watch the sunrise.

I’ve been scarce on my posting this semester. As most of my readers know, I care for two of my grandchildren five days a week while my son and wife attend University/work.

My head swirls with things I want to talk about but writing with a two year old who talks extremely well for her age and is found under foot more often than not is certainly challenging.

So today, I bring you entertainment. I bring you a song from a talented group singing and performing Adele’s song, Hello.

It’s been almost a year since I last posted on the topic of writing .  My goals, etc.  The book I started and started again and thought I finished……..almost.

Sigh.  I cannot compare myself to others.  That is unwise – even the bible tells us that.

But I do it anyway until I catch myself.  So many of my peers write on their blog often.  Sometimes several times a day.  Me? Oh, perhaps once a week or two.  Good grief.  I guess there are no tight rules on this but I may be forgotten if I don’t write something!

I decided to wrap up a booklet I wanted to  publish.  Good time to do it – now.  So I progressed rapidly this week.  Even asked two authors I know to write an endorsement for the front.  Sigh, again.  After I sent the “manuscript” out to a friend to read first, I realized that the requirements of the publisher was to have at least fifty pages.  WHAT?!?!?!  I have just over half that.

Time for fetal position.  I dread going back in and adding to what I thought was alright.  Ugh.  Double ugh.

I do believe I can write.  But why such dread?  Why do I feel defeated before I even start?  I don’t normally write such gut revealing words on here – but this is how I feel today.

I know me enough to know that I will pick myself up and dust myself off and face this project.  Sooner, I hope, rather than later.

I am open for advice and encouragement – but not criticism.  I do not believe that criticizing artistic abilities is a thing.  We are all individuals with individual tastes.

Thank you for letting me spill to you……

Hey All.  I have been participating at another blog site called Church Set Free.  Tomorrow, December 9th, all contributors will be bringing the same topic to the table.  “What does worship mean to you?”

It will be fun and interesting and a diversity of thoughts.  Please join in and while you are there check out our authors in the menu bar.  You may find what you are looking for. 😀