I have recently changed my eating habits – to the better. It was and still is a major feat. But the results are awesome.

Today I was craving a taste of sweet. Sweetness that was more than an apple. More than jelly on toast. More than, well, you get the idea.

Since I have no laws in my new eating habit, other than to think before I eat and keep the carbs at a minimum, I have a cheat day now and then. Or a cheat moment.

I wanted a donut. So I grabbed the donut pan I use for baked donuts and whipped up a cinnamon batter with raw, organic sugar and a bit of rice flour in place of regular flour (I do love me some gluten). Popped those pups in the oven.

In the meantime, I melted a little butter on the stove so I could gently dip said donuts in the butter so the sugar-cinnamon mixture would stick nicely.

Little did I know that the butter stayed on the flame slightly more than I intended. BUT when I popped a donut hole in my mouth my tastebuds stood up and cheered. I had, unknowingly, browned the butter. The flavor had that hint of caramel goodness.

cool 4′ and remove from pans. Cool and dip in butter and sugar-cinnamon mixture. 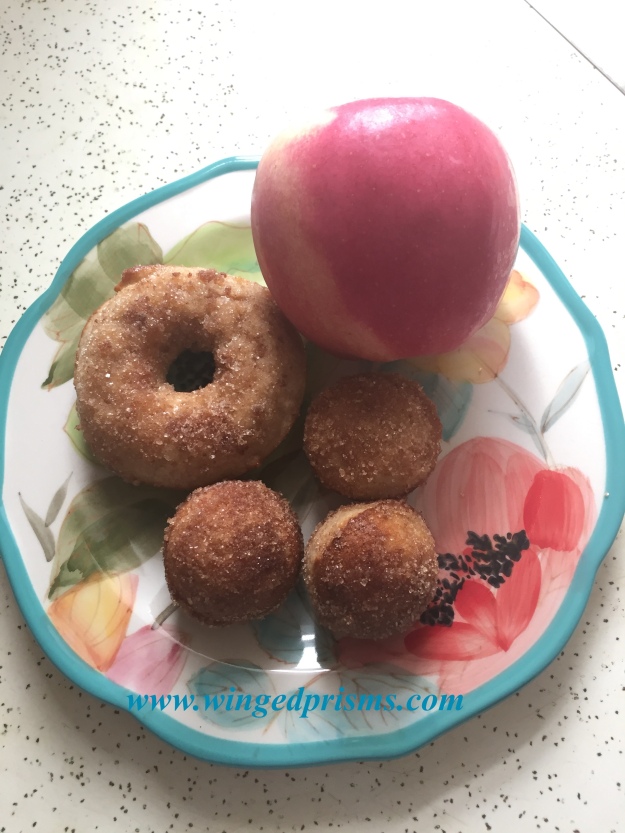